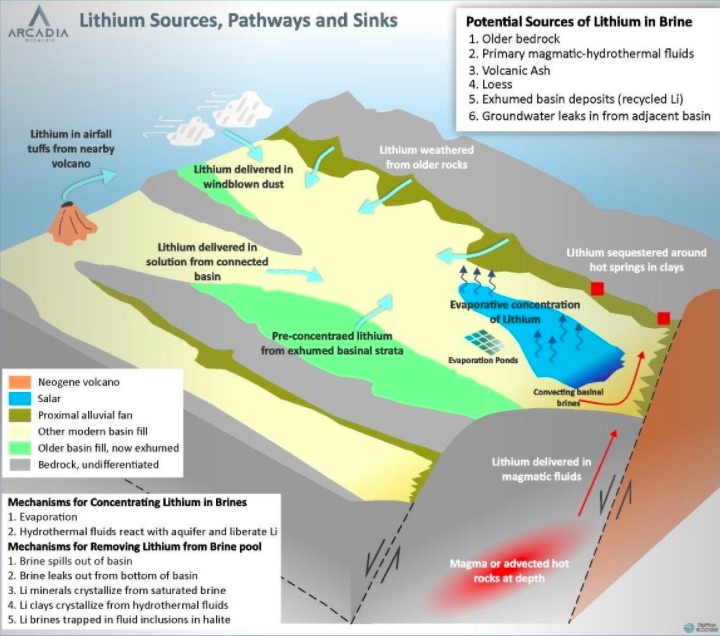 The Bitterwasser Project is comprised of four exclusive exploration licenses, EPLs 7614, 8101, 8102, 8103 all held by BME, and EPL 8104 which is shortly to be transferred to BME by Mr Lisias Pius, a director of BME, at no cost after the approval of an application to transfer the license has been approved by the Ministry of Mines and Energy (“MME”). Together with EPL 8104 the project covers a total area of 343,894 hectares. 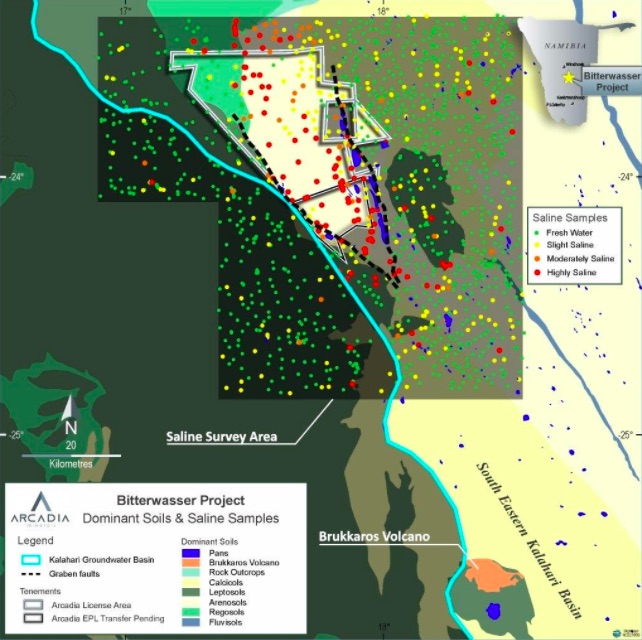 The company is in the process of advancing a lithium project that is situated in the western part of the Kalahari Desert. The area is characterized by reasonable road access and a wide expanse on Karoo geology substrate that is covered by red Kalahari sand dunes and well developed saltpans. Work to date was mainly done on the Bitterwasser pan complex situated on the farms between the settlements of Kalkrand and Hoachanas, in the Hardap region of central Namibia. The potential of Bitterwasser type mineralization does however extend to a number of similar pans in the region.

The Bitterwasser saltpan complex adheres to first order geological and environmental principles that are required for the development of significant lithium clay and brine deposits. These requirements include, geographic placing within an arid latitudinal belt, the presence of Cenozoic-aged fault-bound terrestrial sedimentary basins, proximity to older felsic, carbonatitic and/or alkali volcanic sequences and the presence of regionally extensive brine aquifers.

The Bitterwasser saltpan complex is comprised of several individual lithium-, potassium- and boron bearing clay substrate saltpans and is associated with the depositional development of the western portions of the greater Kalahari basin. It lies remarkably close to the inferred source of mineralisation, which is the Brukkaros volcanic field and elevated groundwater temperatures, as high as 39 °C, have been reported from water-supply boreholes in close proximity to the saltpans. These aspects suggest the presence of a deep-seated geothermal heat source and mineralisation provenance. The thickness of the sedimentary packages which make up the Bitterwasser saltpans ranges from 30 m to more than 100 m thick and are of sufficient size and porosity to accommodate substantial brine aquifers.

On neighbouring EPLs, prospecting work was done on the main Bitterwasser saltpan and consisted off the drilling off a number of hand-auger drill holes, which confirmed anomalous Li values in the clays of the pan. A ground electrical conductivity survey (EM) was conducted and the results indicated the existence of an anomalous electrical-conductive body situated approximately 20 meters below the current groundwater level. It is likely that this represents a dense saline and/or brine aquifer that will be a highly prospective target for lithium brines.

This potential is also supported by geological and environmental indicators identified through reconnaissance exploration efforts which include water-quality data indicating high total dissolved solids, the electrical conductivity anomaly, the high grades of lithium from hand auger drilling and the presence of structural features that indicate an enclosed basin setting.

Typically, economically significant saltpan complexes around the world are associated with anomalous K and B values. The reduced clay-rich lithology documented at Bitterwasser’s main saltpan yielded B values of > 400 ppm and K values consistently > 1.8 wt. %. This emphasises the geochemical similarities with other globally significant saltpan complexes. 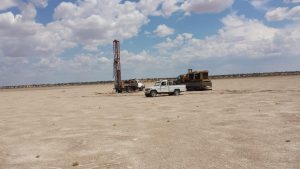 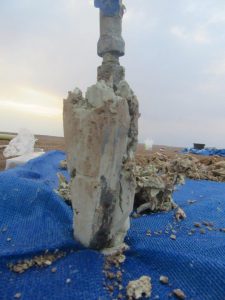 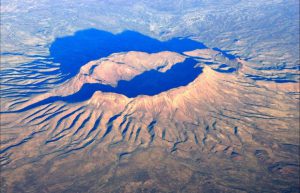